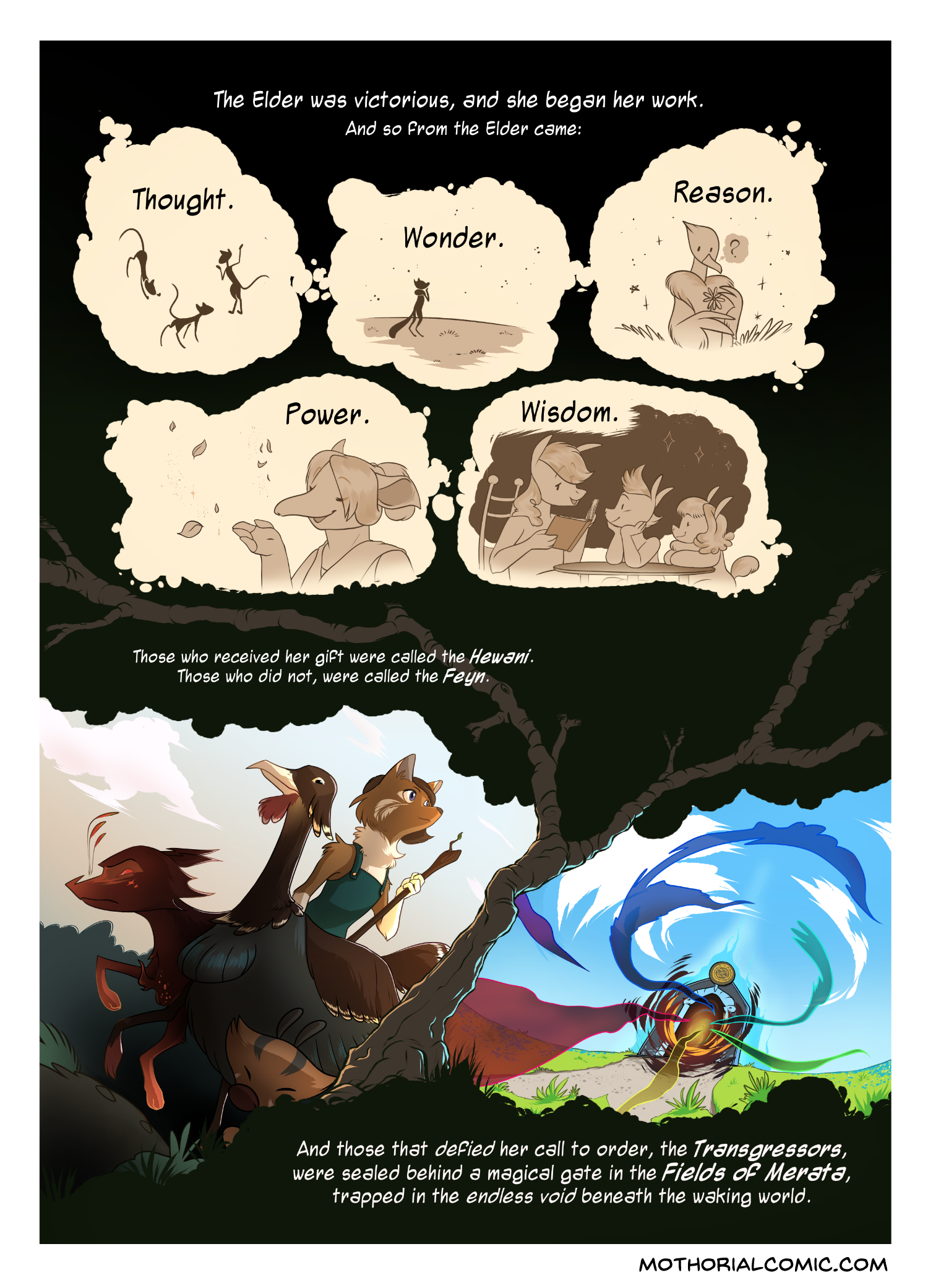 Feyn were my solution to the "Goofy and Pluto" problem. In a world with anthro animal characters, feral animals can be a bit unnerving. In Mothorial, their equivalent to our animal kingdom are all fictitious creatures that Izzy and I created, while hewani are all based on real and cultural animals.

NARRATOR: The Elder was victorious, and she began her work.

NARRATOR: And so from the Elder came: Thought. Wonder. Reason. Power. Wisdom.

NARRATOR: And those that defied her call to order, the Transgressors, were sealed behind a magical gate in the Fields of Merata, trapped in the endless void beneath the waking world.

Volume: Prologue
Chapter: The Tale of the Twins
Tags: Prologue 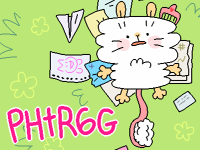