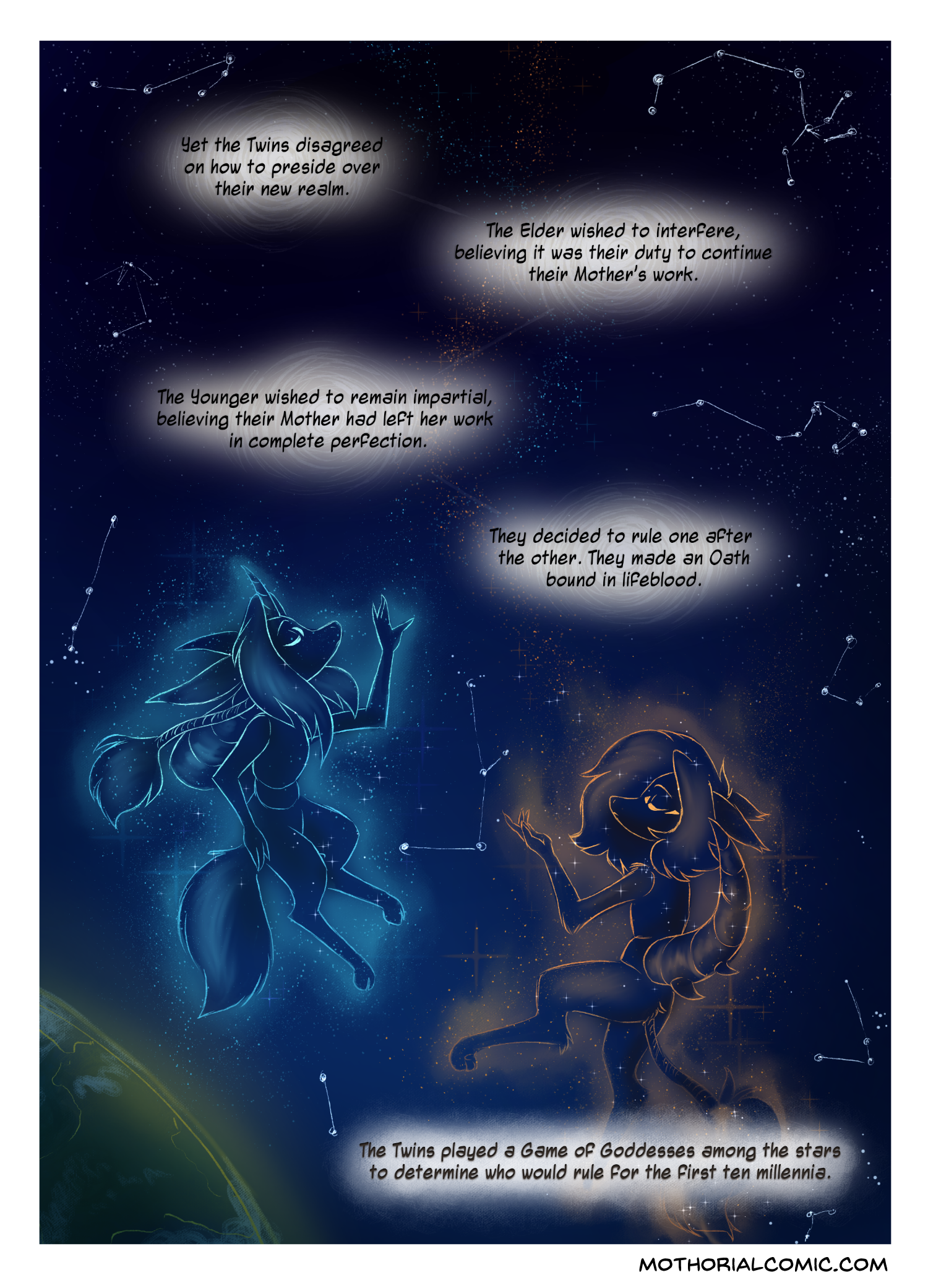 The Game of Goddesses, or the closest approximation to it, is a popular board game played by hewani known as "Celestial Alignment".

NARRATOR: But the Twins disagreed on how to preside over their new realm.

NARRATOR: The Elder wished to interfere, believing it was their duty to continue their Mother's work.

NARRATOR: The Younger wished to remain impartial, believing their Mother had left her work in complete perfection.

NARRATOR: They decided to rule one after the other. They made an Oath bound in lifeblood.

NARRATOR: The Twins played a Game of Goddesses among the stars to determine who would rule for the first ten millennia.